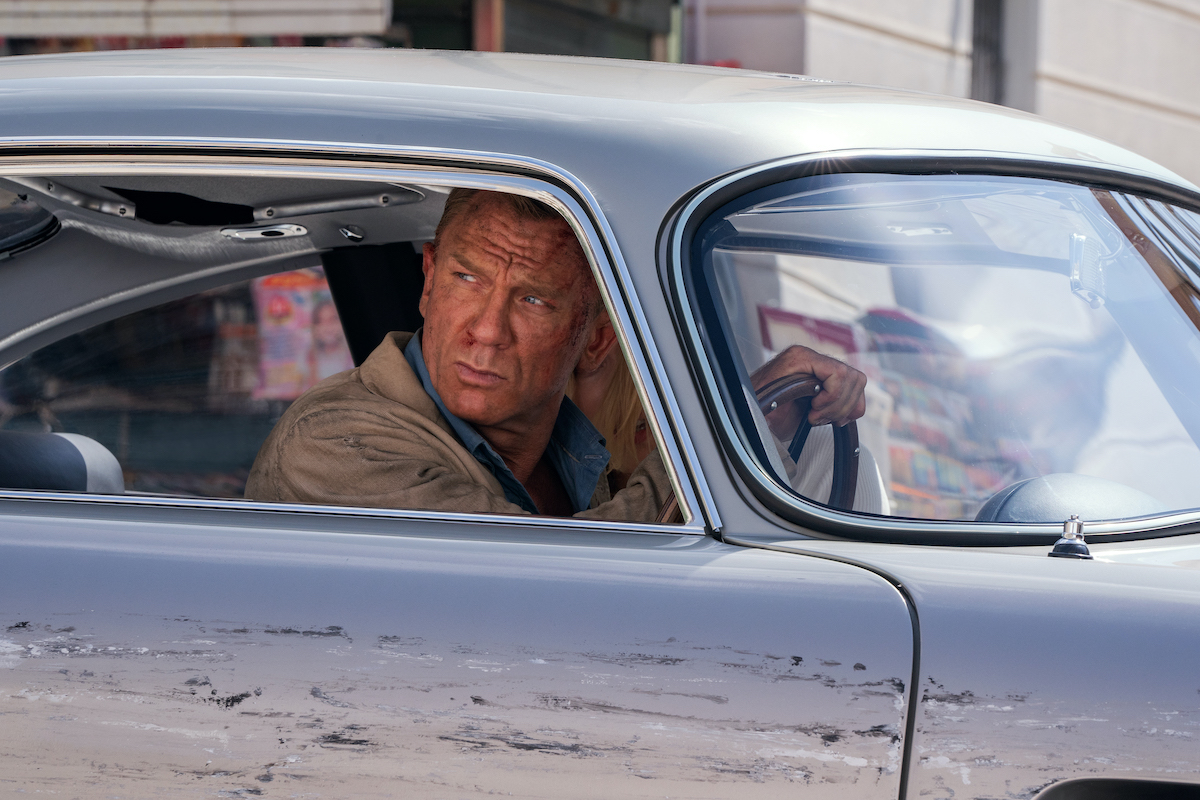 When it comes to brands, James Bond can be as fickle as he is with women. Over his 56-year tenure as 007, the legendary super-spy has changed everything from cars and tailors to vodka and caviar.

His watch allegiance, however, has been a bit more steadfast. At least since Pierce Brosnan first donned an Omega Seamaster for 1995’s Goldeneye. Before that, there were Rolexes and even (gasp!) a digital Seiko, but in the last quarter-century, Bond hasn’t gone into action (nor set foot in a casino, luxury hotel, private jet, or sports car) without the iconic dial of Omega’s most famous diving watch strapped to his wrist. When Daniel Craig hits the big screen this spring in No Time to Die for his final outing as Bond—wearing a Seamaster Diver 300M with a “tropical” aluminum dial evoking the aged brown hue of vintage timepieces—it’ll mark the ninth film in which the character has relied on Omega to keep him punctual.

“The materials and mechanics of our watches are truly innovative, just like Q’s lab,” says Omega president and CEO Raynald Aeschlimann. “And of course, an Omega is simply a beautiful timepiece to own. 007 likes to look his best on assignment, and he has therefore chosen a truly appropriate watch.”

Marketing speak aside, all this should come as no surprise to watch aficionados and collectors. Bond is, after all, the type of guy who would wear a handsome timepiece, one that’s both masculine and debonaire without ever being too flashy. Ian Fleming, Bond’s literary creator, was a Rolex man himself, and when it came time to put 007 up on the silver screen, it was producer Cubby Broccoli who—according to Bond lore—lent Sean Connery his Submariner while on the set of 1962’s Dr. No.

These days, things are done a bit more officially, with Bond becoming a poster boy for product placement. Tomorrow Never Dies had so many corporate partners, in fact, that its entire production budget was covered well before anyone yelled “action,” and the Craig-era films have kept ticking thanks to a slew of lucrative tie-ins, from Sony to Heineken.

Surprisingly, this isn’t the case when it comes to Omega. Rather than pay for play, as it were, the Swiss watch brand’s relationship with the Bond series is much more organic; one that’s deeply rooted in the rugged character of 007. However, if it wasn’t for the keen insight of a costume designer, Bond might never have clasped a Seamaster to his wrist to begin with.

Back in the early 1990s, the Bond producers had reached an impasse. The previous film, 1989’s License to Kill, had been clobbered at the box-office (everything from Batman to Fletch Lives beat it), the Cold War had finally ended, and Timothy Dalton relinquished the reins to the role. For the first time in the series’ storied history, the Bond brass faced a scary question: Had audiences outgrown the character? The answer, thankfully, was no. All it would take was the casting of Brosnan, then a slick-looking Irishman known for his role on TV’s Remington Steele, and a slightly updated, more P.C.-image to revive the series. Gone were Bond’s beloved cigarettes, in was a female boss (one that called him a “misogynistic dinosaur”), and Q Branch rolled out a German car made in America. But while the producers fussed with the 007 formula to keep their character current, it was costume designer Lindy Hemming who looked backward when determining Bond’s new watch of choice.

“[Lindy] knew about Omega’s real military history and decided that it was the most realistic watch for a stylish commander to wear,” says Aeschlimann, referring to the fact that Fleming had made his most famous creation a veteran of the Royal Naval Reserve. “Just look at history! Omega was the biggest supplier of Swiss watches to the allied forces during World War II. We have also been chosen by numerous military units around the world. So, if Commander James Bond was a real character, then Omega is the watch he most probably would have been issued.”

That’s all well and good, but why specifically the Seamaster? After all, Omega has outfitted numerous men of action, from Elvis Presley to JFK to Buzz Aldrin, all of whom wore other models.

“The Seamaster was the evolution of those early military watches,” Aeschlimann continues. “It’s robust, it’s reliable, it’s a divers’, and it performs just as beautifully in a casino as at the bottom of the ocean.”

Indeed it does. For all four of his outings as 007, Brosnan wore his Seamaster everywhere, from the baccarat tables of Monte Carlo to the depths of the South China Sea to the off-piste ski slopes of Azerbaijan.

By the time Daniel Craig slipped into the tux, the world had changed yet again, and once more 007 needed to be reinvented. In contrast to Brosnan’s glib take, as well as the over-bloated action of the films in which he starred, Craig’s time as 007 has been marked by a grittier, darker sensibility. It’s one that adheres more closely to Fleming’s original vision, in which Bond can—at times—be a coldhearted killer.

Over the past 14 years, the style of 007’s Seamaster has been adjusted accordingly to the new films’ stripped-down aesthetic.

“When Daniel Craig stepped into the role, he definitely wanted his “own” Omega to define the character,” says Aeschlimann. “Like the character, the watches have become darker, often including materials such as black ceramic. We’ve also diversified what [Bond] wears. For example, a Planet Ocean for the adventurous side, and an Aqua Terra for the sophisticated, charming side. And, of course, we’ve made the watches grittier and tougher for a military man, incorporating NATO straps and, in the latest watch, the use of tough titanium and a titanium mesh bracelet.”

The work of a close collaboration with Craig (a man who’s known to tinker with Bond scripts, and even recruit punch-up writers like Emmy-award winning Fleabag creator Phoebe Waller-Bridge), the latest Seamaster is a stunning, slimmed-down 42 mm timepiece that’s as stylish as it is lightweight. And while it doesn’t feature a detonator or a laser, it is imbued with a sense of Bond history.

“[Daniel is] also a vintage watch collector and has a real passion for classic watches, so we integrated a few touches from history into the design,” says Aeschlimann. “Really, it was about sharing ideas and having discussions, and everyone is so pleased with the result. The producers…are great friends to Omega and after 25 years together, the conversations flow so naturally.”

A cornerstone of Omega’s 2018 introductions, the Seamaster Diver 300M

A monster of a surprise strikes an unsuspecting watch-buying public